12 November/ HSP #50Solutions Webinar 3: For a Green Recovery that Leaves No-one Behind 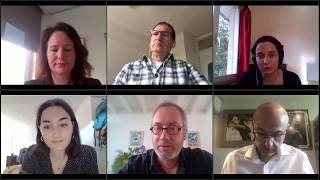 Few people would contest that 2017 has been a rollercoaster year for the United Kingdom so far. Brexit was formally triggered. An unexpected snap election was held. Three devastating terrorist attacks ravaged Manchester and London. A shocking fire engulfed the Grenfell Tower.

And that was only in the first six months.

These events have all been seismic shifts. The Grenfell Tower fire had a particularly huge impact, shaking British society to its core. The images of the tower engulfed in flames and its blackened shell will be engraved in people’s memories for a long time.

The daily revelations of the building’s poor quality and apparently inadequate fire safety measures were shocking. But what the fire fundamentally revealed were the severe inequalities in accessing a decent and affordable home.

The area around Grenfell Tower is home to some of the poorest people in the country while the borough in which it is located, Kensington & Chelsea, is England’s wealthiest and most expensive. This, undoubtedly, fuelled public anger.

Being able to afford a home in England has become out of reach for more and more people. The average house costs around £282,000 (around €310,000) ‒ ten times the salary of an average employee. In Kensington & Chelsea, a house costs a whopping £2m, almost 35 times what local people earn.

You don’t need me to tell you these numbers are astronomical. And sadly, many people have come to accept that home ownership is simply something they will never attain.

But this problem goes beyond affordability. The Grenfell tragedy drew attention to social housing, its quality and the way it is funded. Crucially, it has laid the ground for a debate about how we can improve this type of housing and the role it has to play.

It is about time we had this serious discussion.

I know this resonates with some of Britain’s European neighbours, too. Across the continent, a large number of households are overburdened by housing costs and homelessness is on the rise. We are building less, social housing is in decline and our young people are unable to get onto the housing ladder.

In England, housing associations have risen to the challenge and are playing a key role in providing desperately needed social and affordable housing. For every £1 of public investment, the associations invest a further £6 of their own money. They have become major developers across all tenures, using their commerciality to create their own cross-subsidy for social homes. Housing associations have understood that they can contribute more than just bricks and mortar. Not only have they become key drivers of economic growth, they have also had a huge impact in the communities they are rooted in.

"It is time we give social housing

the attention and public funding it needs"

But many more are needed. Latest estimates have shown that England needs 222,000 homes more annually, every year until at least 2037. We are nowhere near that target.

To put it simply, we need more homes. And we need them to be genuinely affordable.

And this is what Grenfell exposed: the need for a renewed focus on the quality of social housing. This should go hand in hand with effective urban planning ‒ the marriage of people and their surroundings. Transport and infrastructure need to be joined up with employment opportunities and attractive neighbourhoods. If this is done correctly, the benefits of growth will be more evenly spread.

The cynics will say it is impossible to build truly united societies. But I can assure you that it is not. I have seen it come to life during my time working for housing associations and through the wonderful work they are currently doing.

They invest heavily in communities by supporting thousands of jobs and getting people into work through apprenticeships, adding value to the UK economy. They help people gain independence by providing them with the stable foundation of a high-quality, affordable home.

There is a critical question for our nation – and perhaps for the whole of Europe – here. As a society, do we believe we should have a high quality housing offer for poor people? Housing associations unequivocally say yes. Grenfell has posed that question again for our politicians and the nation. Their answer ‒ if we care about being a resilient, successful, civilised nation ‒ must also be yes.

This is not something that happens overnight. But it is time we give social housing the attention and public funding it needs and acknowledge the crucial contribution it can make to our society.